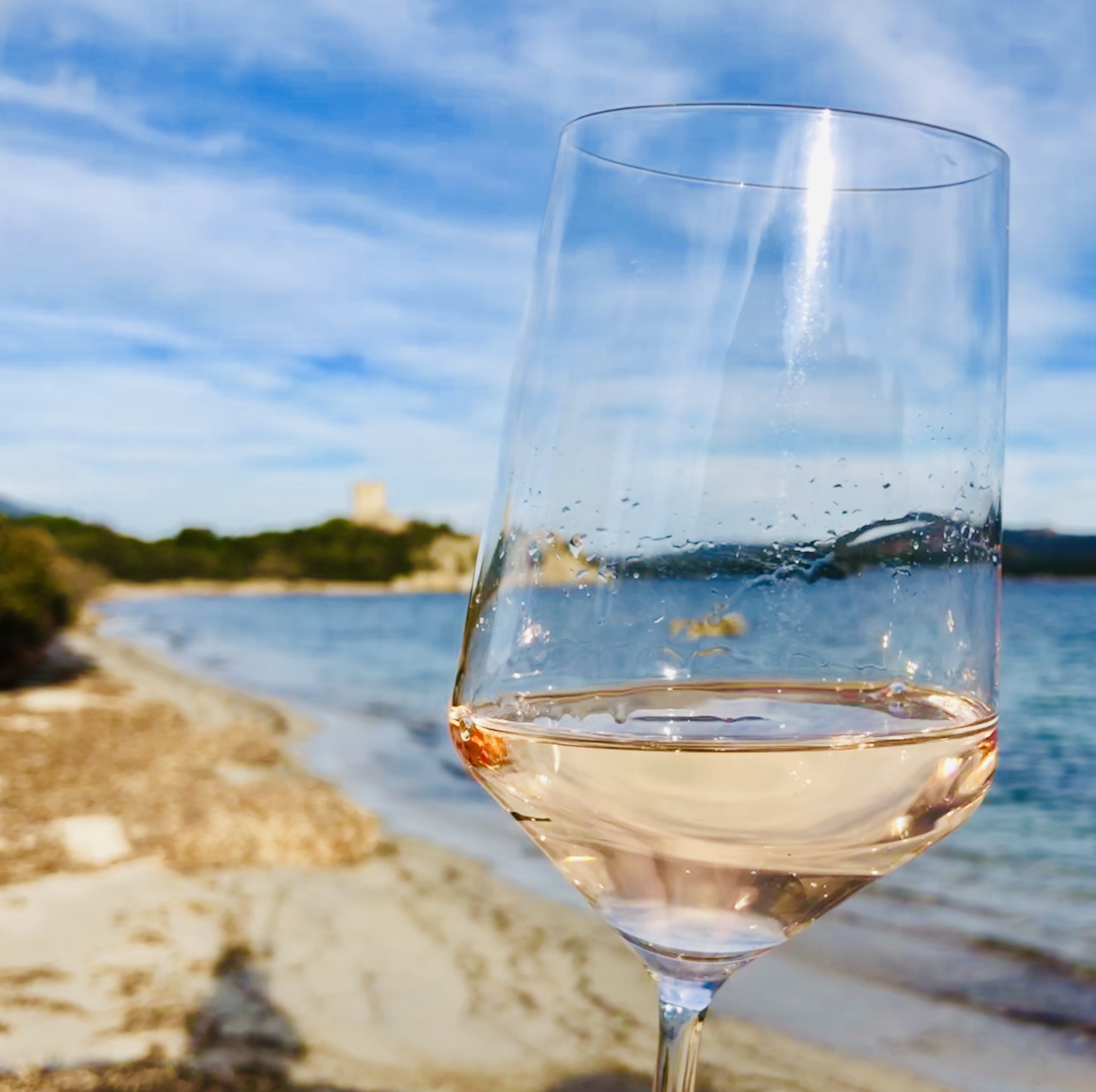 Why Corsica is tippled pink

By By Jean-Paul Burias - Photographs: Courtesy oh the estate, posted on 18 July 2022

Corsican rosés are among France’s finest unknown treasures to discover. They boast the hallmark features of their outstanding vineyard location and signature aromatics stemming from native grape varieties that are occasionally blended with Syrah and Grenache. They have successfully withstood fierce competition from their Provencal neighbours due to their remarkable quality, which has also stood them in good stead in export markets. 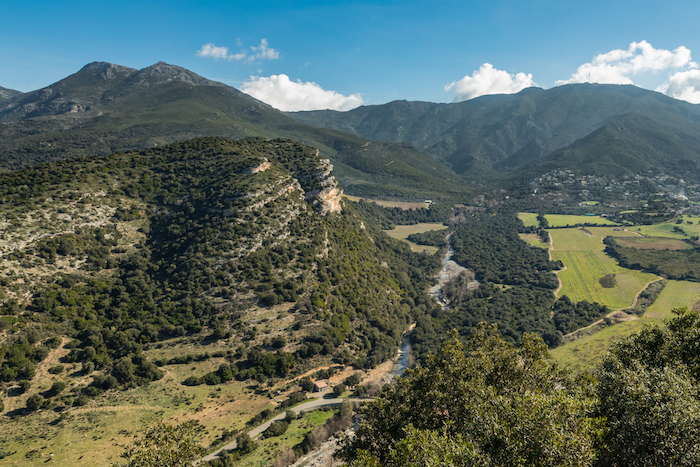 The outstanding terroir at Clos Santini.

No one could deny that the Island of Beauty fully deserves its moniker. Ranking fourth among the Mediterranean islands, after Sicily, Sardinia and Cyprus, its scenery is picture-postcard and extremely varied. With a land area of 8,722 km², it is ringed by 1,000 kilometres of coastline, sandy or rocky beaches and magnificent gulfs, overlooked by lofty mountains peaking with Monte Cinto at 2,710 metres above sea level. In this naturally blessed region, Corsican rosés have carved out a place for themselves as a reliable choice within the French wine proposition, often offering great value for money. For most of the year, the tempo of life on the island is set by holidaymakers. Bars and pavement cafés come alive with a good glass of rosé. In this delightful setting, 50 million bottles of these sun-filled wines are produced annually. This equates to a staggering 70% of overall volumes, compared with just 17% for reds and 13% for whites. France corners a third of the global market, thus making it the world’s leading producer of rosés, and although Provence remains the go-to rosé region due to its long history and constant export growth, rosés from Corsica are now flexing their marketing muscle and making their mark in an increasingly buoyant international market.

At an altitude of 1,217 metres in southern Corsica, the Uomo di Cagna mountain peak seems to watch over the vineyards at Domaine San Gavino. These impressive clay-granite hillsides are home to 2.5 hectares of vines on the plains of Figari, at the foot of the mountains and in the heart of unspoilt maquis-clad countryside. Thierry Lebegue and his son Jules have reverted to traditional techniques, producing fruity, mineral rosés that run the gamut in terms of style and beautifully echo their Provencal counterparts. “Our rosés are really different from those in Provence, which are already widely known in France”, comments Thierry Lebegue. “Holidaymakers are quite inquisitive and often pleasantly surprised by their aromas. We sell them mainly locally during the summer season, but demand on the mainland and in European countries is growing”. One of the estate’s defining features is the use of local grape varieties such as Vermentinu, Sciaccarellu and Carcajolo, which produce tense rosés with a supple structure. “Rosés have a significant place on our estate”, sums up Jules Lebegue. “We see tourists who want to enjoy their holidays with regional products and Corsican flavours. For example, Niellucciu is perfectly suited to the climate and shows aromas of red berry fruits, apricots and spices, yet also displays great suppleness. We also use Syrah, which is a Rhone varietal. We selected it for its power, its aromas of violets and black fruits and for its peppery edge on the palate which adds drive to the suppleness of Niellucciu”. The result is an invitation to indulge in some very enjoyable wines. 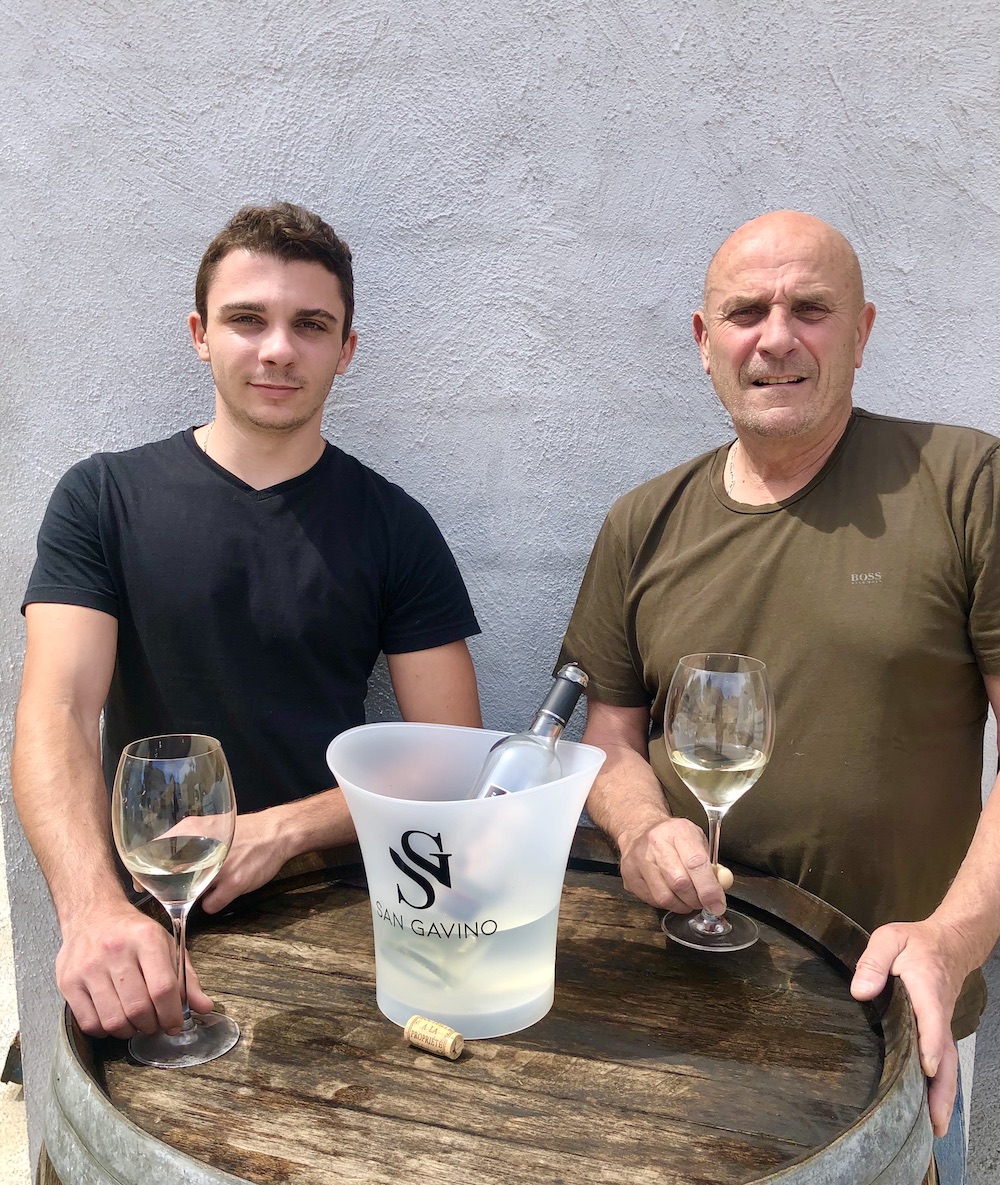 Jules Lebegue on the left, with his father Thierry.

The history of Domaine Montemagni perfectly epitomises the virtuous circle of passing on heritage down through the generations. Since 1850, it has been marked by the entrepreneurial spirit and expertise of the Montemagni family. Over the years, they have successfully nurtured the outstanding qualities of Corsican wines from their outstanding vineyard site set between the sea and the mountains, with its rich biodiversity. A key figure in the Patrimonio appellation, Corsica’s first appellation to be awarded in 1968, Louis Montemagni’s dyed-in-the-wool personality and enlightened spirit promoted the estate’s development in the 1970s. He helped garner a strong reputation for the estate, one of the cornerstones of which is its extensive range of rosés. The 81-hectare organically farmed vineyard, which focuses on local grape varieties, is divided between 38 hectares of Niellucciu, 15 of Vermentinu, 11 of Grenache, 7 of Muscat à petit grains and 10 of Sciaccarellu, Merlot and Muscat d'Alexandrie. “The differentiated grape varieties in our rosés instil them with unique aromas and flavours, in terms of complexity and freshness”, explains winemaker and agricultural engineer Aurélie Melleray. “Compared with Provence rosés, they stand out because of their unique balance and genuine typicity, and demand for them is strong. This is true of concentrated Niellucciu wines, which are extremely well-suited to food, and the Sciaccarellus, which are elegant and very palatable”. 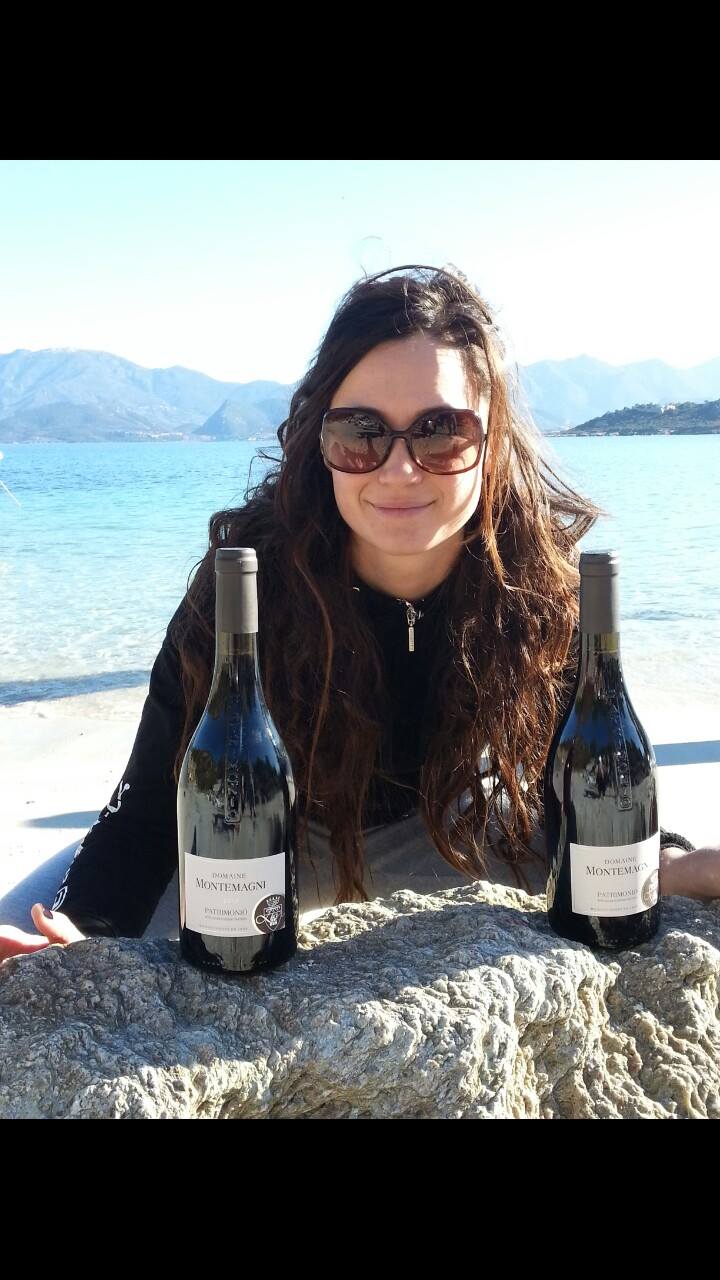 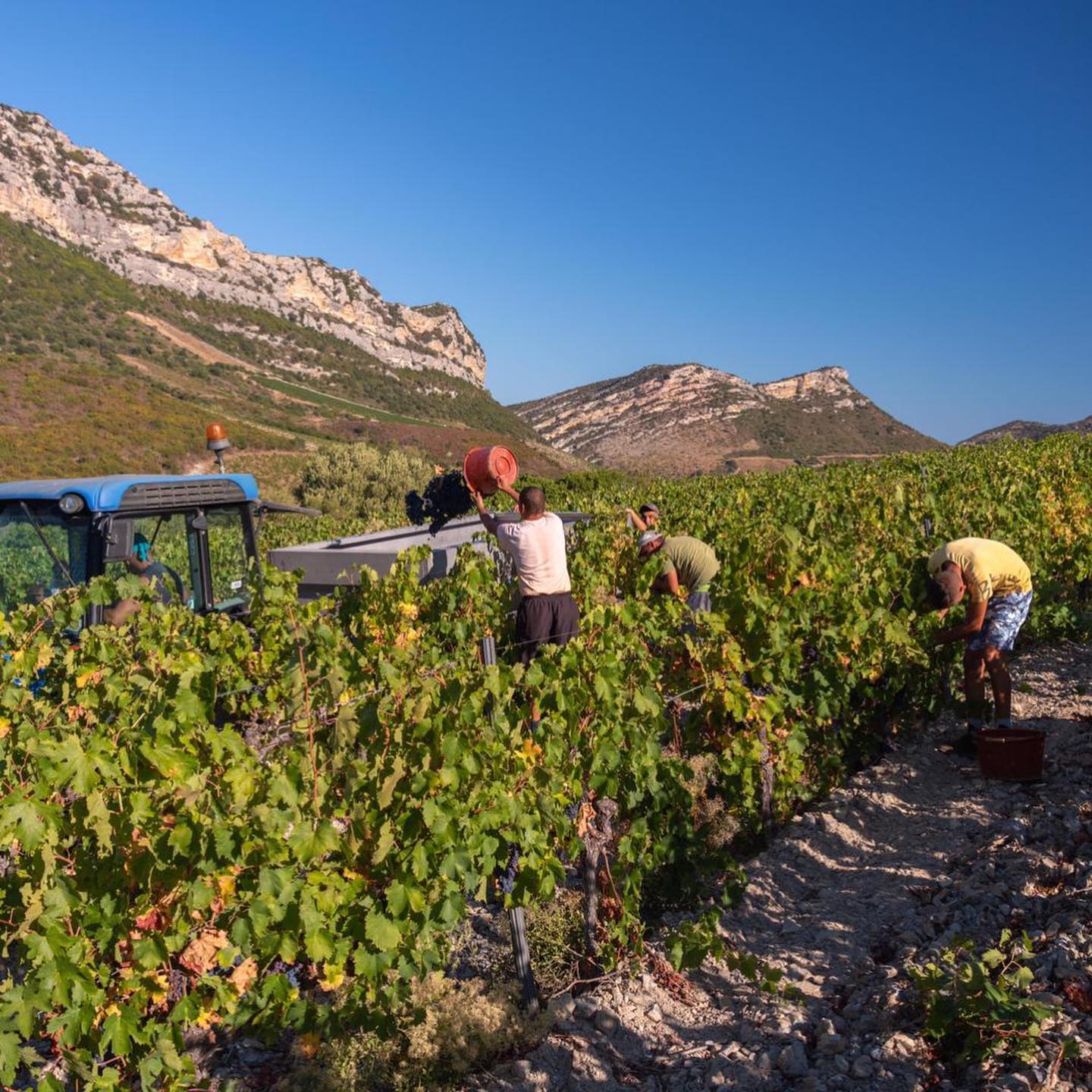 Ile de rosé: the new kid on the block, with all the makings of a great wine

Launched in 2021, the Ile de Rosé label has already garnered appreciation, selling 10,000 bottles last year with double that amount forecast for this year. Designed by the Corsican wine marketing council (CIV), the project revolves around production of a high-end rosé labelled under the Île de Beauté Protected Geographical Indication (PGI). It is part of a collaborative initiative by Corsican winegrowers and the island’s co-operative wineries are major stakeholders. The local Sciaccarellu grape variety is given pride of place with 60% of the blend, complemented by Niellucciu and Grenache – the result is a clear, fruity, spicy and indulgent rosé. Particular attention has been paid to the packaging. The bottle is highly transparent, highlighting the colour and quality of the wine, and also sports a Corsican stamp with an embossed map of the island and a closure made from local cork. “The initiative is enhanced by a selection of the finest grapes to give the wine a premium positioning while also ensuring sizeable and consistent volumes”, explains Caroline Franchi, marketing and communications director with the CIV. “This environmentally-friendly scheme is translated into shared practical commitments, such as the reduction of synthetic treatments, a 40% decrease in sulphites, the use of biodegradable consumables and selective waste treatment. The aim is to make a tangibly different wine, one that guarantees the typicity of the island’s rosés and can also be singled out among the current range”. These objectives have been met – after two vintages, Ile de Rosé has developed and expanded its marketing capacities, opening up promising new markets in mainland France and export markets. 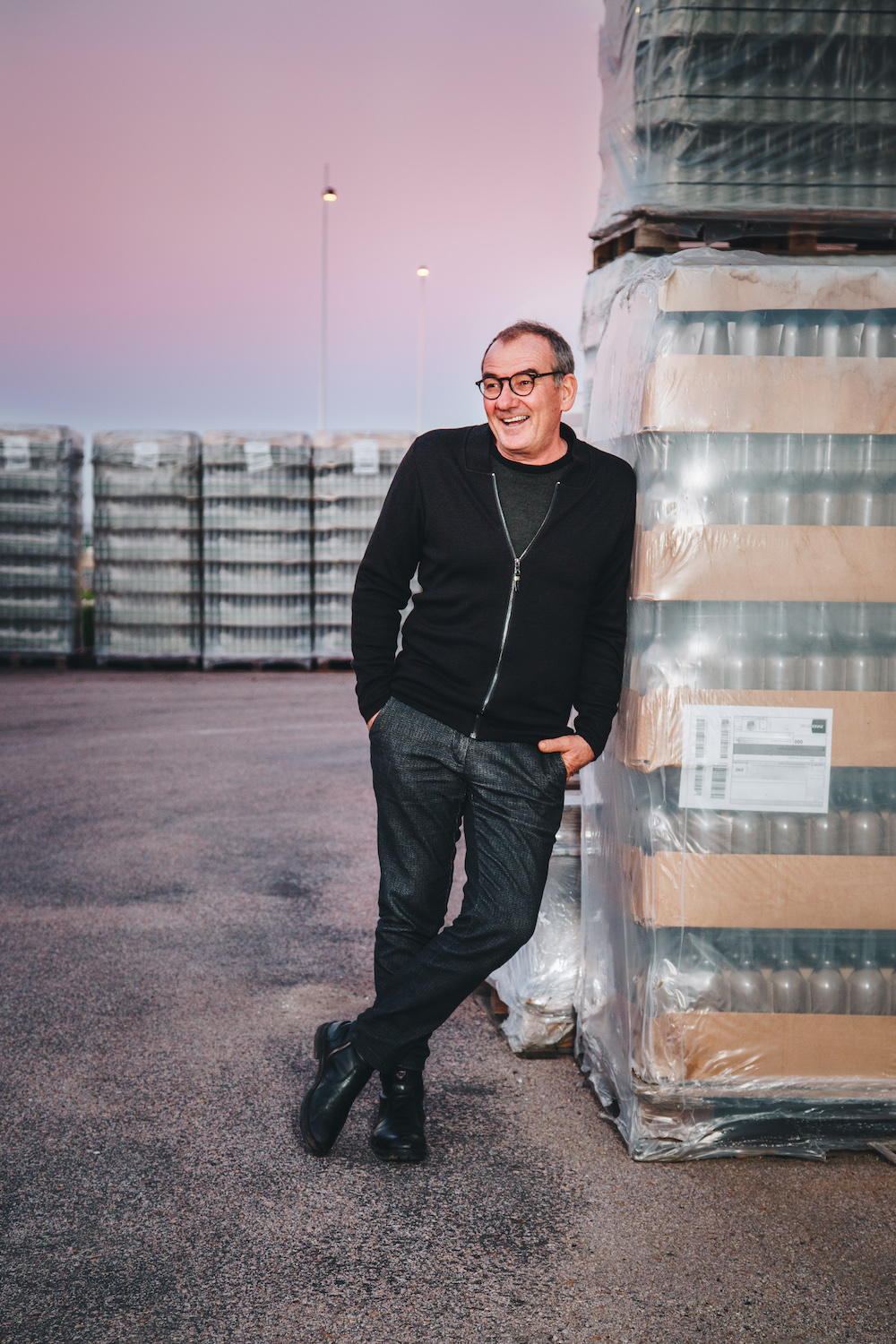 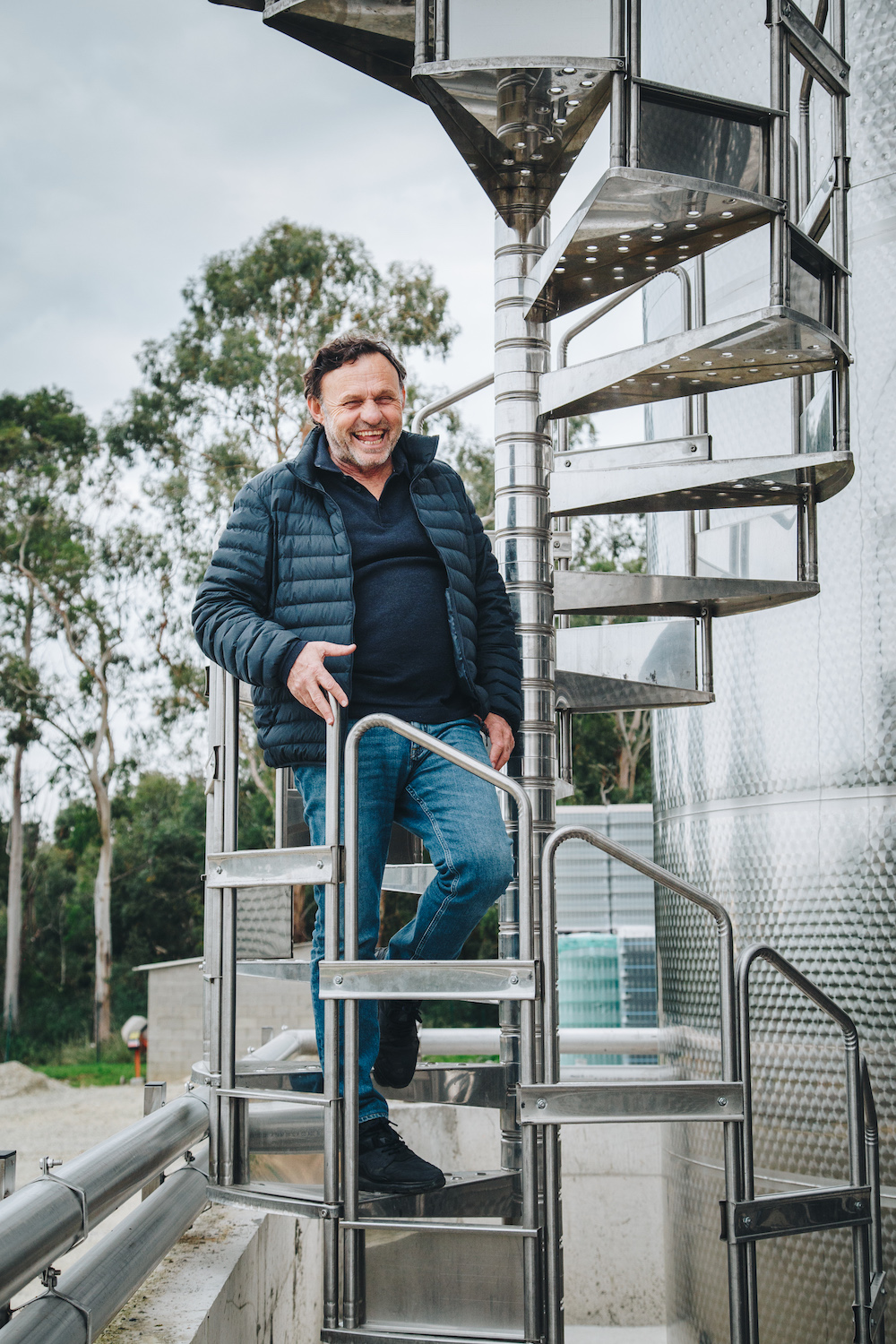 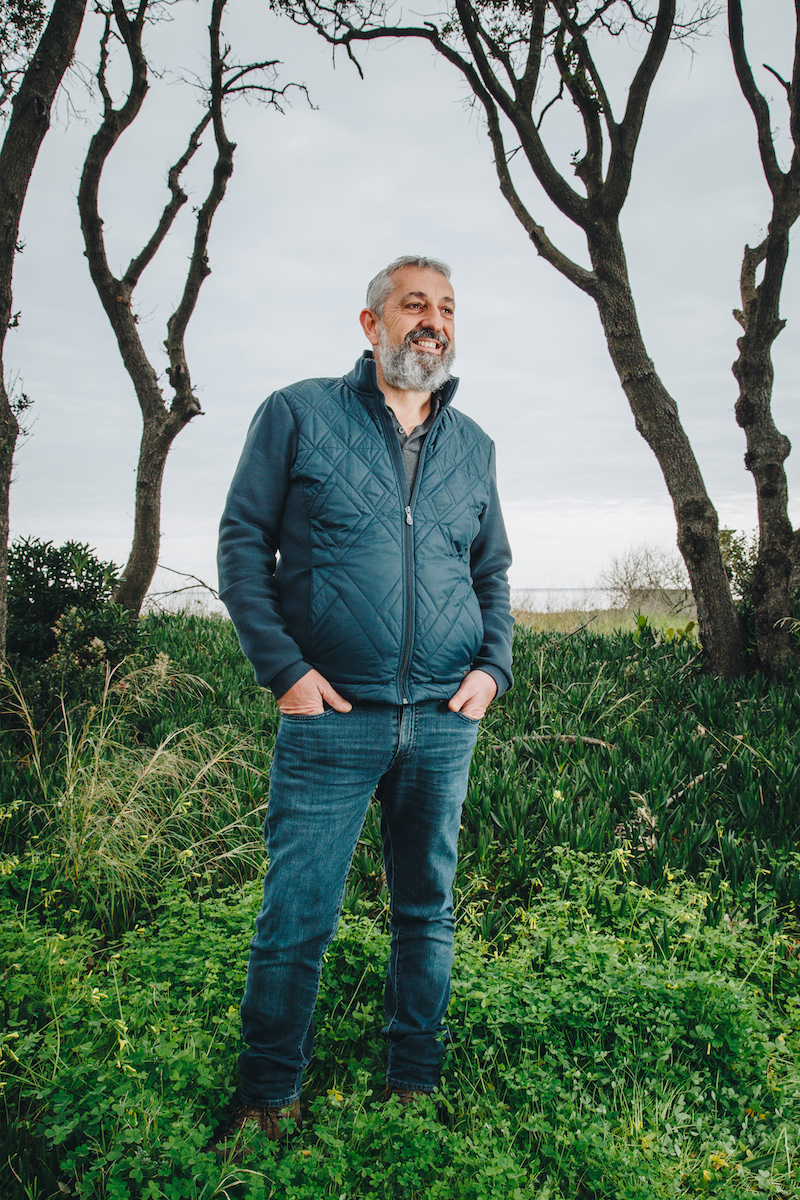 Clos Santini: set between the sea and the mountains

Set at the foot of Cap Corse, Clos Santini is nestled in the heart of Corsica’s schist soils, in the north-eastern part of the island. Located in the village of Patrimonio, the estate covers 40 hectares, including two hectares of Niellucciu planted in April this year. Its current owner, grandson of the winegrower Louis Montemagni and son of negociant Toussaint-Mathieu Santini, Franck Santini has inherited a large family business founded in 1850, which has been certified organic since 2012. “Our vines are located on clay-limestone soil and are farmed organically. The grapes are picked by hand and we do not use chemical sprays”, he explains. “All the vineyard blocks on the slopes are located in the Patrimonio appellation area where the soils are formed of limestone sheets, entwined with clay, schist and silica”. Drawing on its time-honoured expertise, the estate offers a superb range of wines spanning the three colours, one noteworthy example of which is the AOC Clos Santini Rosé, a blend of 75% Niellucciu and 25% Grenache noir, sporting a pale pink colour and beautiful notes of fresh fruit. 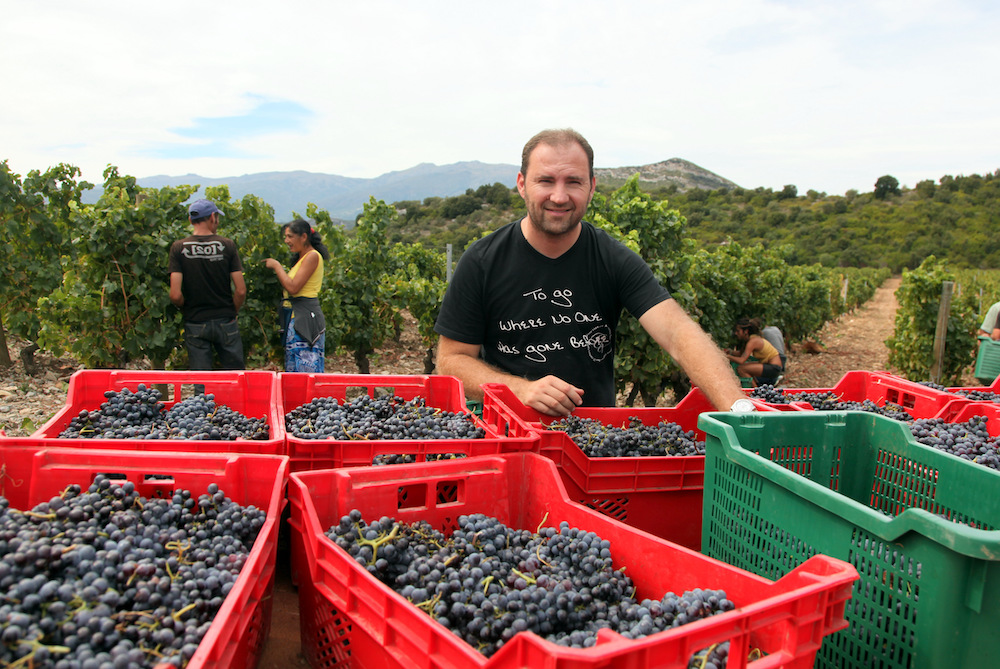 Domaine de Tanella: keeping it in the family

At Domaine de Tanella, knowledge and skills are shared among the family. After learning to farm vines with his father Marc-Aurèle, Jean-Baptiste de Peretti della Rocca took over at the helm of this family vineyard in 1975. It was founded at the end of the 19th century in the heart of the village of Poggiale, just three kilometres from the Mediterranean Sea. Today, he runs the 80 hectares of unbroken vineyards with his children Alexandra and Marc-Aurèle. He, in turn, has been able to pass on his passion and his desire to create and innovate, whilst at the same time honouring tradition and professionalism in vinting and maturing every vintage. The local grape varieties are the preferred choice for making characterful, structured single varietal rosés from Sciaccarellu which adds finesse and elegance, and Niellucciu, which displays strength and power. “Though competing with Provence, Corsican rosés have a good image stemming from the island’s appeal”, comments Alexandra. “Rosés account for half of our production. But we've noticed that the whites are enjoying renewed appeal, and demand has increased significantly over the last few years”. The estate also breeds Corsican ewes and produces farmhouse cheeses. The richness of the soil where the livestock grazes produces very flavourful milk, and with the house rosés, they encapsulate the family’s expertise and heightened sense of local traditions. 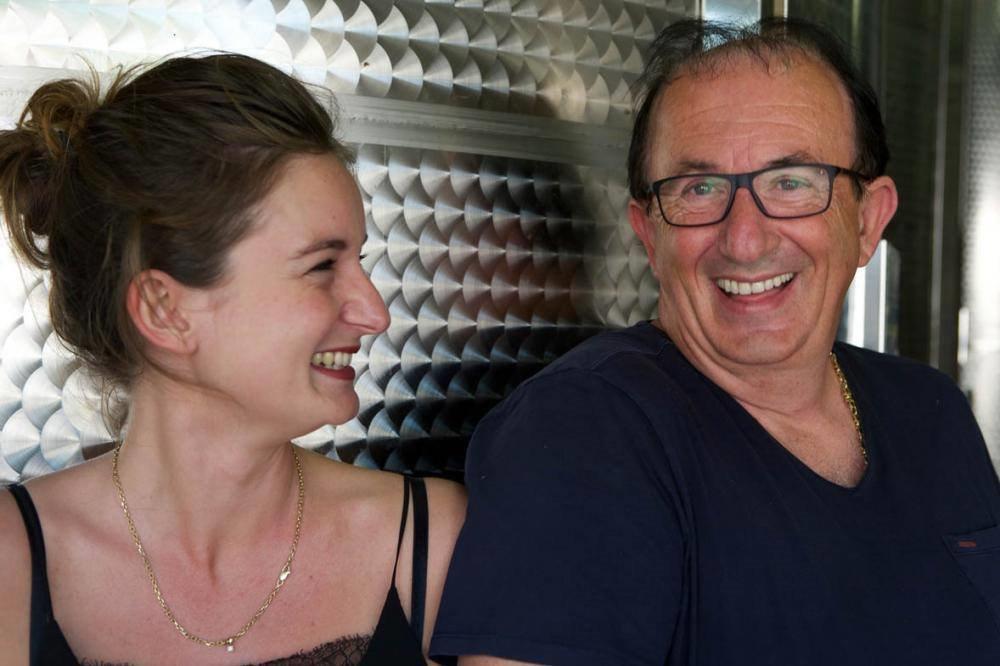 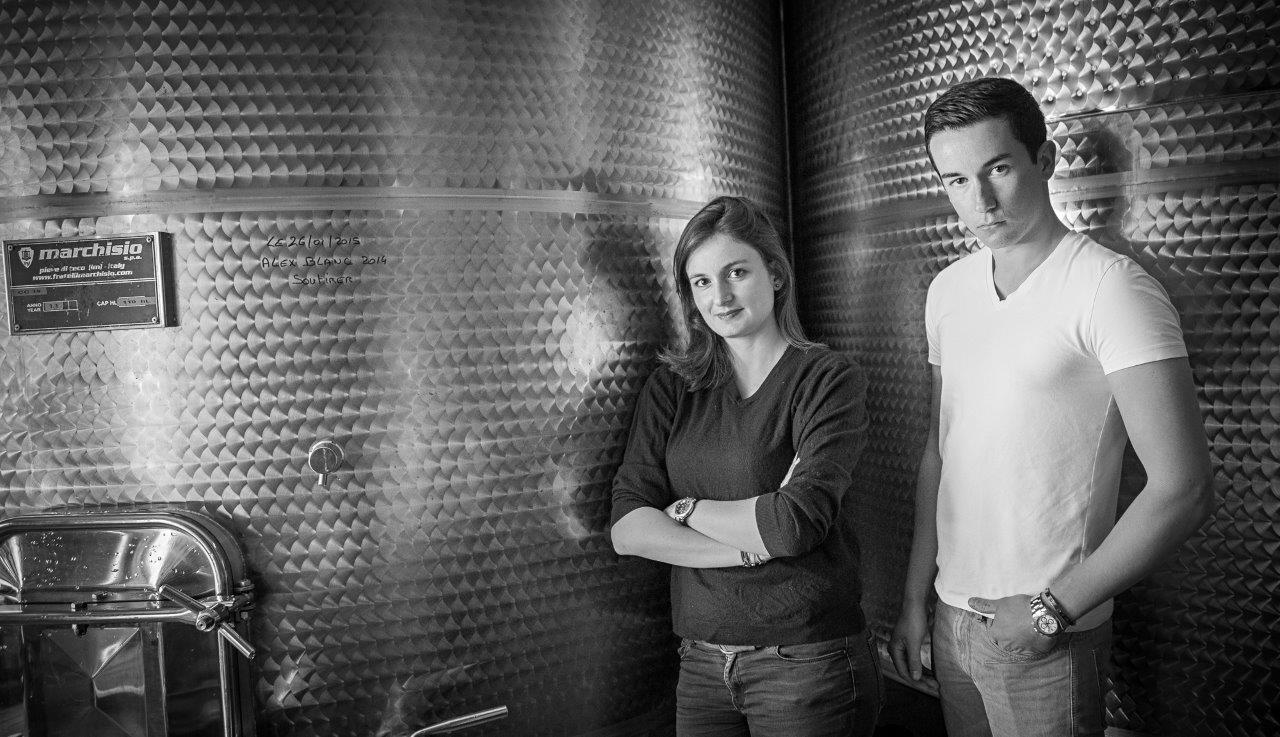 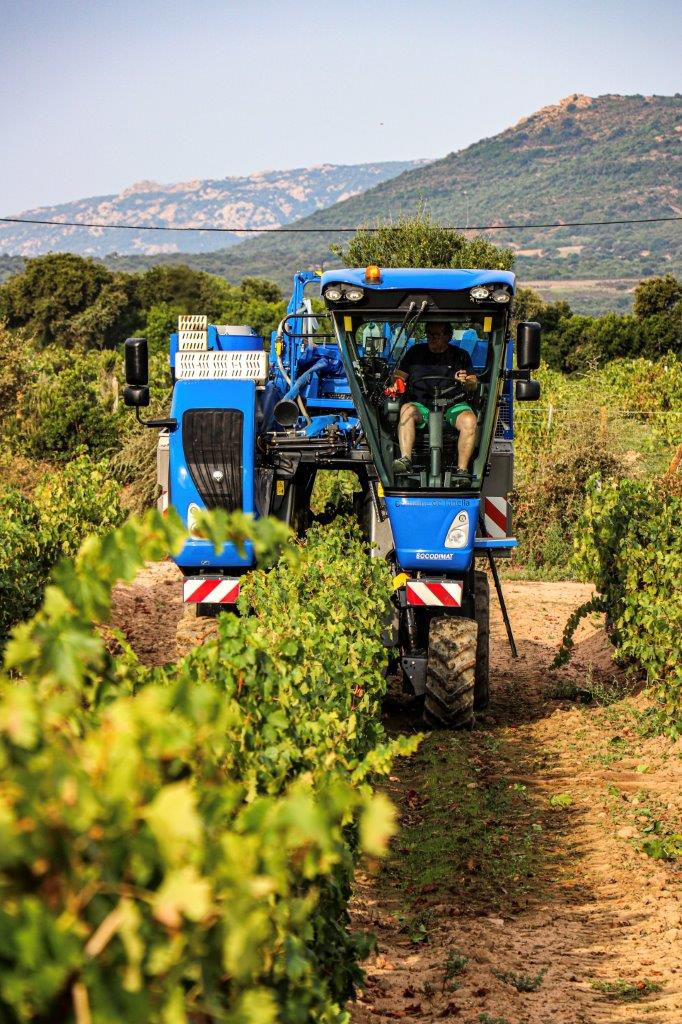 An image re-set is needed

Corsican rosés epitomise the lifestyle of a felicitous region naturally blessed with varied soils and remarkable local grape varieties. As consumer trends currently favour easy-drinking, aromatic wines offering instant gratification, they display distinctive lightness and freshness, making them easy to drink on any occasion. For many years, they lacked awareness but are now reaping the benefits of the hard work and expertise of passionate winegrowers who have successfully broadened their range of wines and moved upmarket. Now, low-priced local wines have been joined by wonderful terroir-driven treasures, made from low-cropping vines by extremely proficient winegrowers and winemakers. Corsican rosés offer a window to the world of international cuisine, pairing beautifully with Thai, Japanese and Indian foods or even Moroccan tagines. Also, they benefit from the appeal of a region renowned for its beauty, effectively underpinned by dynamic communications and marketing initiatives which showcase the wines’ modern and sometimes mould-breaking packaging. The only cloud on the horizon is that consumption remains very seasonal. In France, rosé is still associated with summer occasions and viewed as an easy-drinking quaffer, despite the fact that it can also be extremely food-friendly and pair with very elaborate cuisine all year round. This more holistic approach heralds opportunities for expanding markets, particularly overseas. 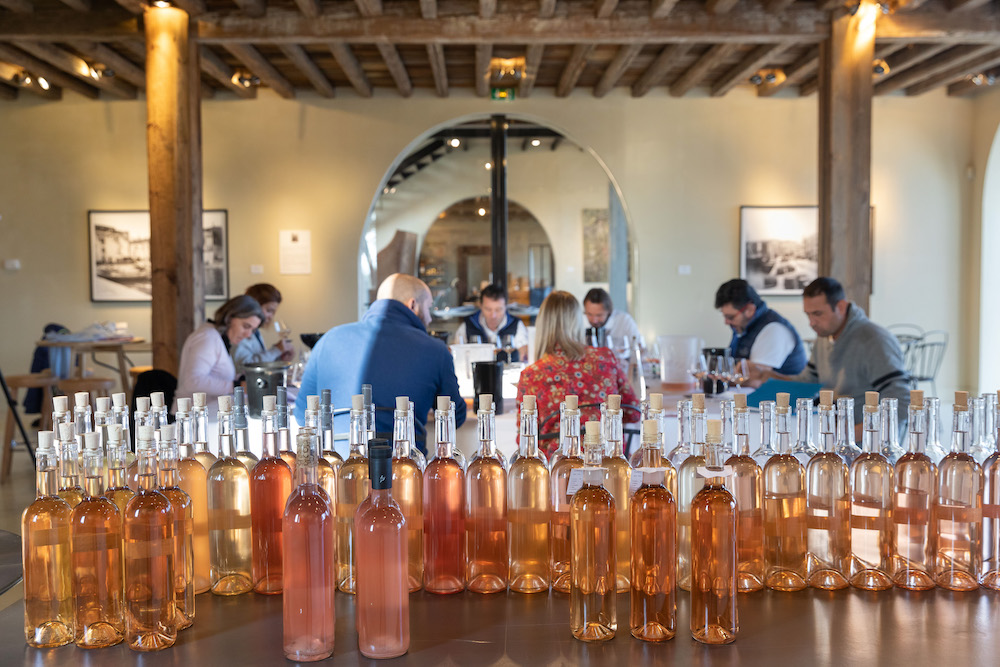 Provence - A treasure trove of wines to discover this summer
The spirit of Provence lies in its wealth of culture, its distinctively French lifestyle and its incredibly varied, stunning scenery. Its pale-hued rosés have taken the world by storm but it is also replete with less publicised treasures and singular vineyard sites and wines which have forged a strong identity for the region, and made it a prime location for wine. 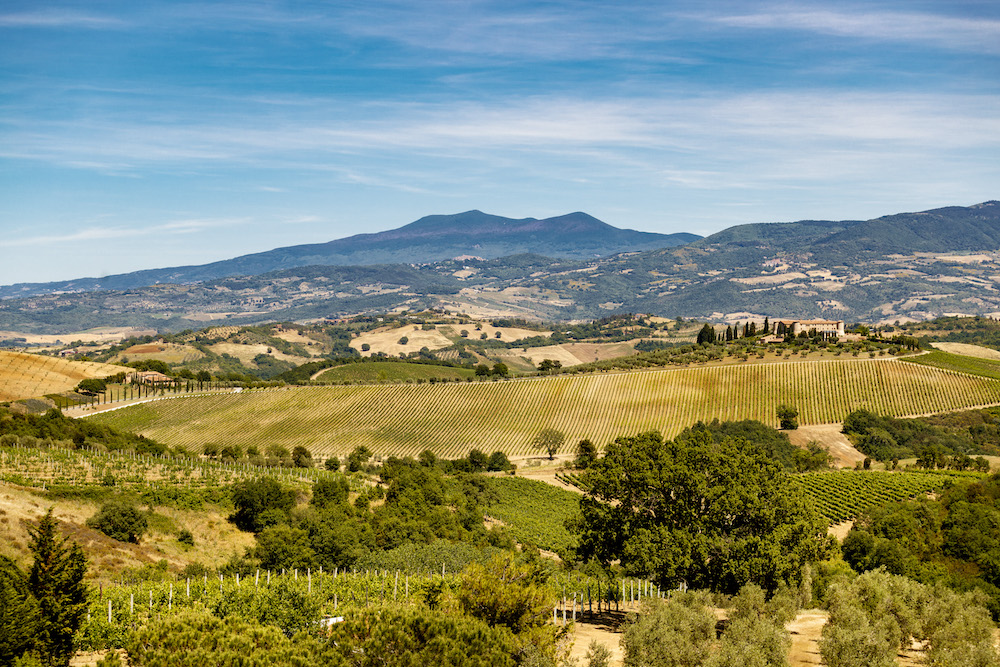 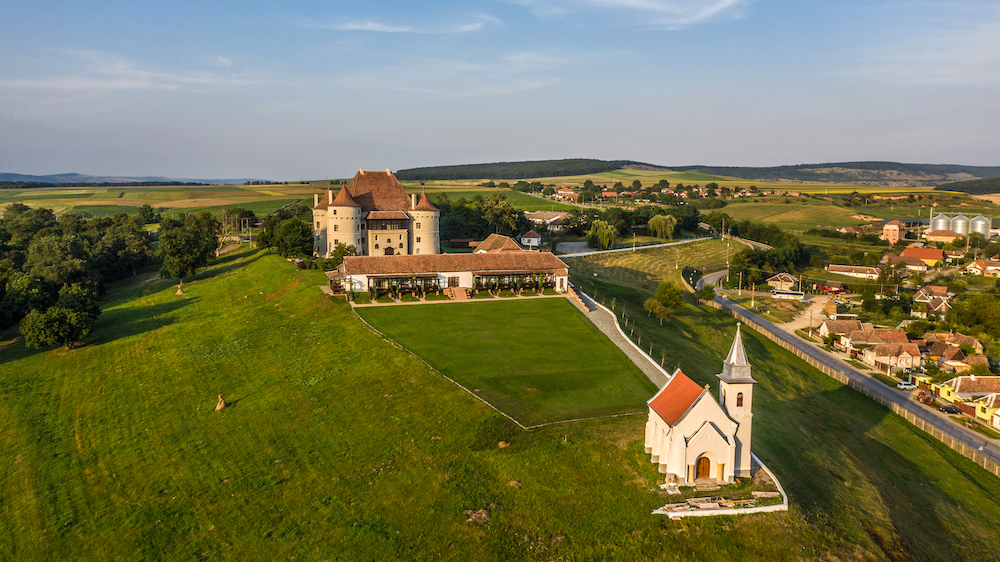 “Ma Roumanie contée” – tales of Romanian wine
Romania is home to one of the oldest wine growing cultures in Europe, predating ancient Dacia, shaped by the Romans, the monasteries and subsequently influenced by the French. It now has a clear focus on quality and harmonisation with European standards.