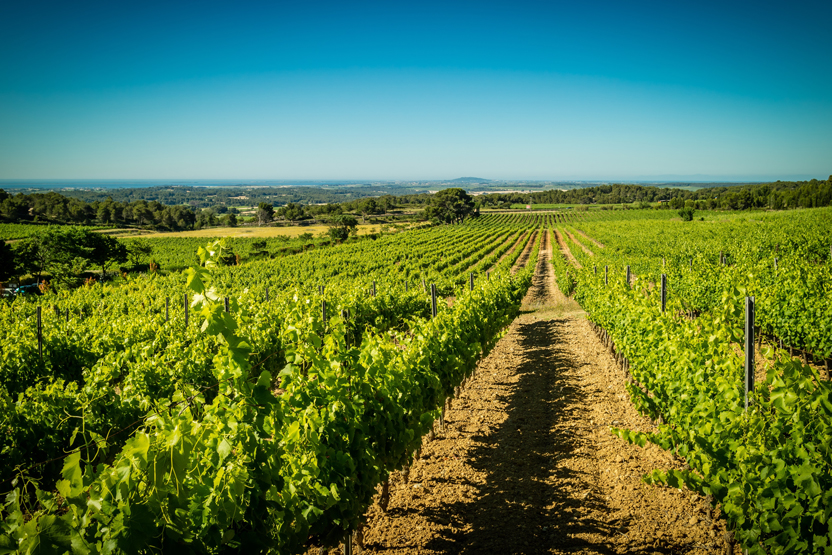 By Camille Bernard – Photographs: courtesy of the estates, posted on 02 June 2022

IGP Pays d’Oc covers a 120,000-hectare swathe of land from the Camargue to the Côte Vermeille. This extensive area is home to 20,000 winegrowers who produce wines that wear the colours of the South with pride, both nationally and internationally.

Grapes have been grown in Languedoc and Roussillon, and more broadly speaking in Occitania, for 26 centuries. During that time, vines have been a constant feature of the landscape and with good reason – over the years, the region became a wine powerhouse, producing millions of hectolitres every year for consumers across the globe. None of this would have been possible were it not for the remarkable feats of engineering across the area – the Canal du Midi, the Via Domitia, the Camino de Santiago pilgrim routes and Sète harbour.

By the 1970s, however, the decline in consumption of jug wines in France and competition from foreign wines threw sand in the gears, and brought the boom grinding to a halt. The resultant crisis forced growers to rip up or restructure their vineyards in order to promote quality over quantity.

This quality revolution spawned Vins de Pays d’Oc in 1987. What made them innovative at the time – their varietal labelling – is still very much their present-day calling card. Made from a single grape variety, like myriad foreign wines, this specific feature is clearly stated on the label and makes them understandable by non-local consumers, allowing them to gain market shares in export markets. The gamble paid off and thirty-five years later, Pays d’Oc is France’s leading still wine designation by volume in export markets, producing 92% single varietal wines and 8% blends. In 2009, the producers’ organisation secured the highly coveted Protected Geographical Indication status, in recognition of its determination to offer site-expressiveness to its 58 grape varieties selected for their quality aromas and flavours. The pandemic does not seem to have stymied their determination – PGI Pays d’Oc have seen both revenue (+2%) and volume (+4.4%) grow.

But how well known are the wines and how do they gain a foothold in various markets? We asked some talented producers to tell us more.

Roger Bertrand established Domaine de Longueroche thirty years ago in Saint-André-de-Roquelongue in the Corbières. He now farms his thirty-hectare vineyard organically, out of conviction but also so that he “doesn’t miss out on any sales in markets like Germany, which is now off-limits if you don’t produce organic wines”, he claims. As a winegrower, he feels that “succeeding is all down to the amount of work you put in”. 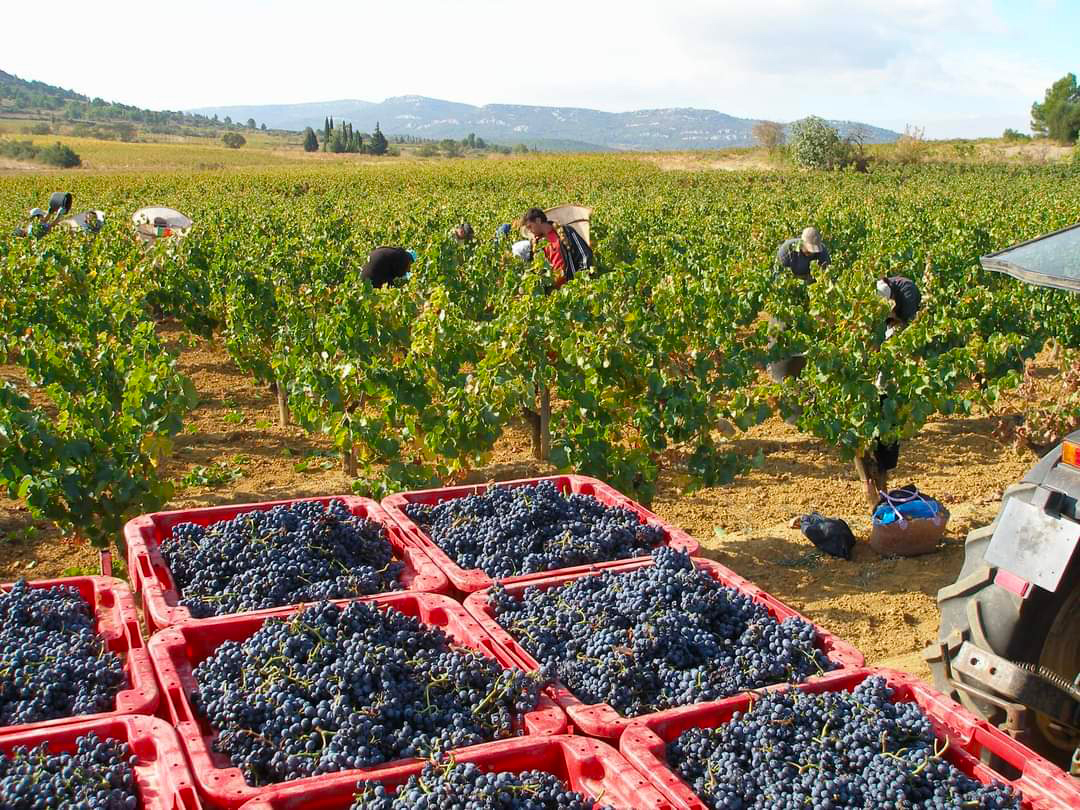 As a testament to his desire to go beyond the ‘basic’ requirements of farming organically, he explains: “We also try to protect biodiversity by using sheep which graze in our vineyards but also by installing bat roosts. When combined with mating disruption techniques, they enable us to produce pesticide-free wines”. His methods also “add value to the wines”. Six of them are labelled IGP Pays d’Oc, and twenty under the Corbières appellation, but the top-end wines are not hived off for the appellation range. “All our vineyards are harvested by hand and our IGP Chardonnay and Syrah wines are matured in barrels”. Such attention to detail has allowed the estate to ride out the health crisis. In fact, Roger Bertrand’s comment on the issue is crystal clear: “The crisis hasn’t affected me”. Every year, 25,000 bottles of IGP-labelled wines are produced, some of them exported to Belgium, Holland, Switzerland, and now Germany. The estate has also developed an online store, “which has really enabled us to boost sales”.

Wines and Brands: “Hand-crafted wines” to promote the IGP

This shipping company has played a pivotal role in driving up the quality of IGP Pays d’Oc wines. The owners of “several brands with a firm rooting in Occitania”, founder-director Klaus Rune Hansen and his partner Gérard Guiter are mindful to “help develop the amazing Pays d’Oc wine region by promoting it internationally”, explains Hansen. To achieve this, they are both enterprising and imaginative, even going so far as to create a ‘Signature Chef’ range in conjunction with world-class chefs such as Jérôme Nutile, Michel Sarran, Gilles Goujon and Paul Pairet.

“Our aim with the chefs was to align the grape varieties with their personality and cuisine”. The strategy broke new ground in 2019 when they “blended hand-crafted wines, in the same way that you would assemble a recipe”. 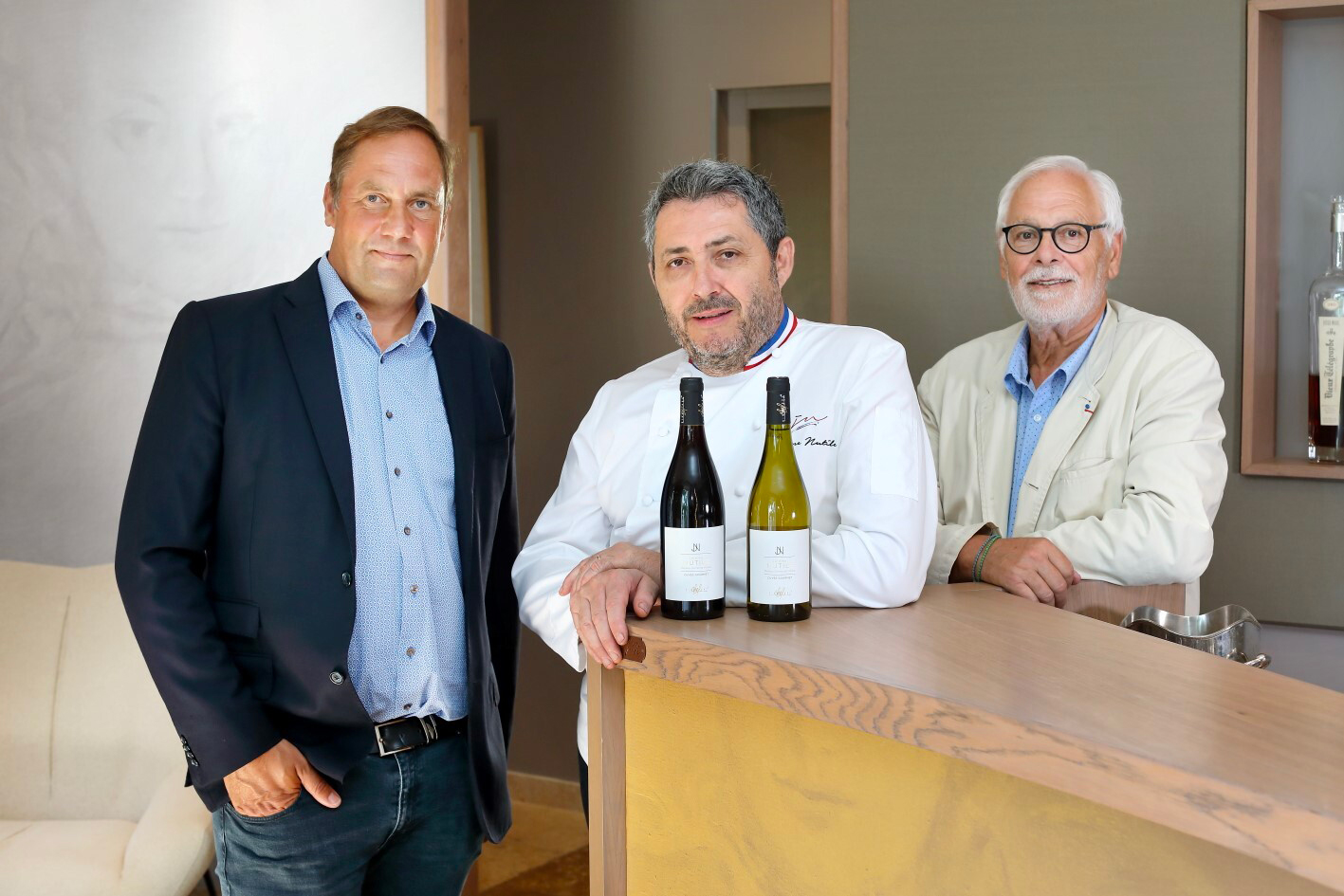 The ‘signature’ wines are exported to China, Ireland, England, Canada, the Czech Republic, Benelux, Germany and Scandinavian countries, securing international exposure for them. They also offer “an enhanced experience for consumers who can scan the QR code on the neck label and access a recipe produced by the chef associated with the wine”.

As the partners know only too well, the backbone of Pays d’Oc wines is the single varietal segment and they have therefore developed a ‘Rares Terroirs’ range where “each bottle is numbered to showcase the different vineyard sites and the way the grape varieties express themselves there”. The range currently embraces seven wines but is still growing. The company also knows that raising the profile of IGP Pays d’Oc wines involves tapping into the reputation of ambassadors in the hospitality industry – the premium collection thus offers a fun way of discovering the designation, “through a vertical tasting”.

Burgundy is home to remarkable ‘climats’, but the vineyard sites of the Minervois area can also compete effortlessly due to the outstanding quality of their soils. As proof, Burgundy winegrower Jean-Benoît Vuittenez took over Domaine la Boulandière in Aude in 2016. 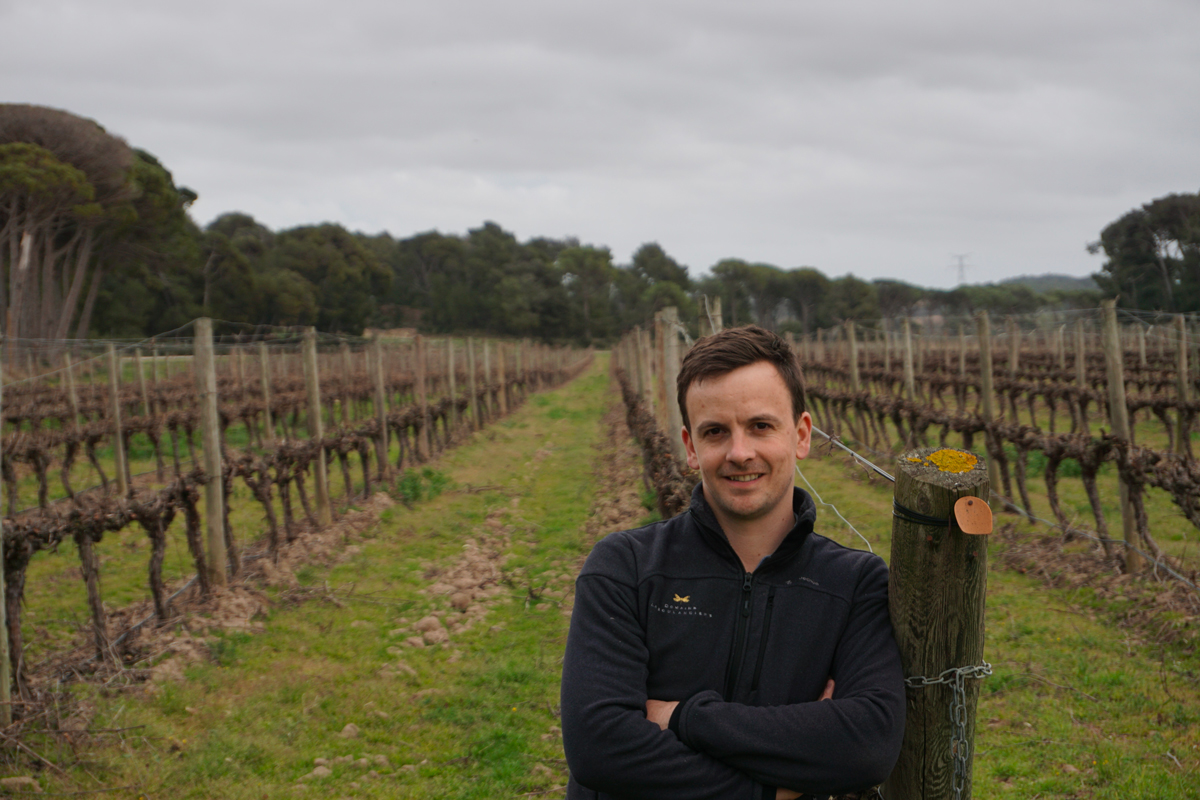 Here, the passionate winegrower found one of the flagship grape varieties from its native region – Chardonnay. “Right from the word go, we chose to grow Chardonnay which displays a typical style here, with high alcohol content, unlike in Burgundy where expression more easily focuses on minerality”, he explains. His immediate priority, though, was to revert to some “good old-fashioned farming wisdom” and “convert the estate over to organic to give the wines real legitimacy”. This holistic approach allowed him to “work with very healthy grapes”. With the Chardonnay, “we instantly aimed for balanced sugar and acidity by starting harvesting at least a week before everyone else”. It was a bold decision but one that paid off, and the anticipated result has been realised. Early harvesting also “reduces usage of sulphur” for the Jean label, and removes it entirely for the natural wine.

More recently, the estate launched a Syrah which has been “far more successful” than Vuittenez had ever imagined – it has been showered with praise by wine critics, achieving a remarkable rating of 91/100 in the Gilbert & Gaillard International Challenge.

“In the marketplace, where we are competing with New World wines in which terroir plays no part, the focus has to be on trying to make good wine that meets consumers’ expectations. The issue is all about education and uniqueness”. Although the winery only produces small volumes, some of which are distributed via “the existing network of friends in Beaune”, the wines are also enjoyed in Boston, Portugal and England.

In one of Languedoc’s finest vineyard sites, Mas du Novi is home to vines that have thrived here since the 11th century. Originally belonging to the remarkable Valmagne abbey, the estate is one of rare beauty. Thierry Thomas has been at the helm for nearly thirty years, producing wines whose reputation extends well beyond national borders. 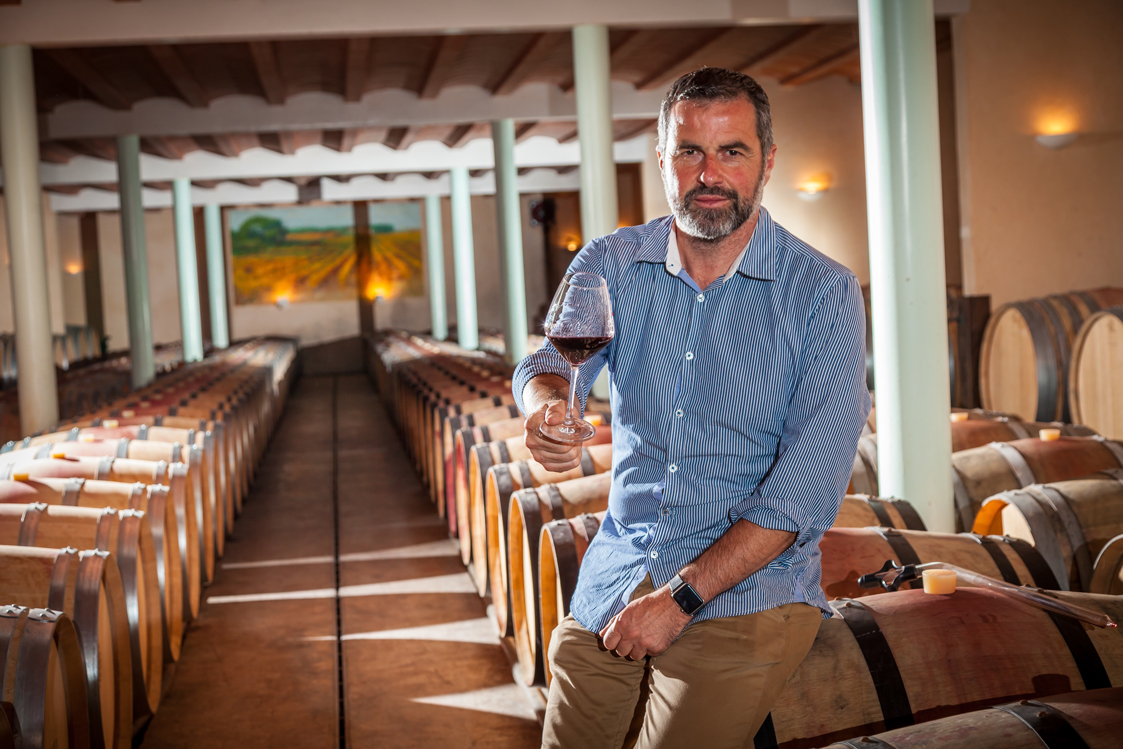 In the IGP Pays d’Oc segment, in particular, Thierry Thomas is famed worldwide for his masterful approach to Chardonnay, which he ferments as a single varietal for his Lou Blanc and Chardonnay Fût labels. The final addition to the range is V de Novi, a “100% Viognier, half aged in new oak demi-muids and half in sandstone eggs”. The wine not only stands out for its unusual winemaking techniques, it also sports a “double-sided label symbolising the fusion between animals and plants, thereby honouring the mixed farming” applied to the vineyards.

In this pristine environment, surrounded by woodland and garrigue, 42 hectares of vines are grown to produce not only IGP wines but also AOC Languedoc and Grés de Montpellier. The range thus provides something for everyone, including consumers in Canada, Hong Kong, Singapore, Switzerland, Germany, Ireland, Belgium, the United States, the United Kingdom, Australia, Denmark and Sweden, where the estate exports its wines, primarily its varietals.

The French wine industry, which was long accused of being unable to compete with New World wines, can leverage regional IGPs such as Pays d’Oc to secure a place on consumers’ tables. Admittedly, this entailed restructuring the vineyards to make way for better quality wines, but this revolution has been masterfully accomplished by Pays d’Oc producers. For over thirty years, they have excelled for their ability to innovate, both from an environmental and economic perspective. France’s leading exporter of still wines by volume, the designation seems not only to be able to withstand crises, but even to stay one step ahead. By perpetually questioning the ‘formula’ for making wines that fit the zeitgeist, there is every likelihood that the huge strides achieved over the past few years will continue into the future, both domestically and internationally. 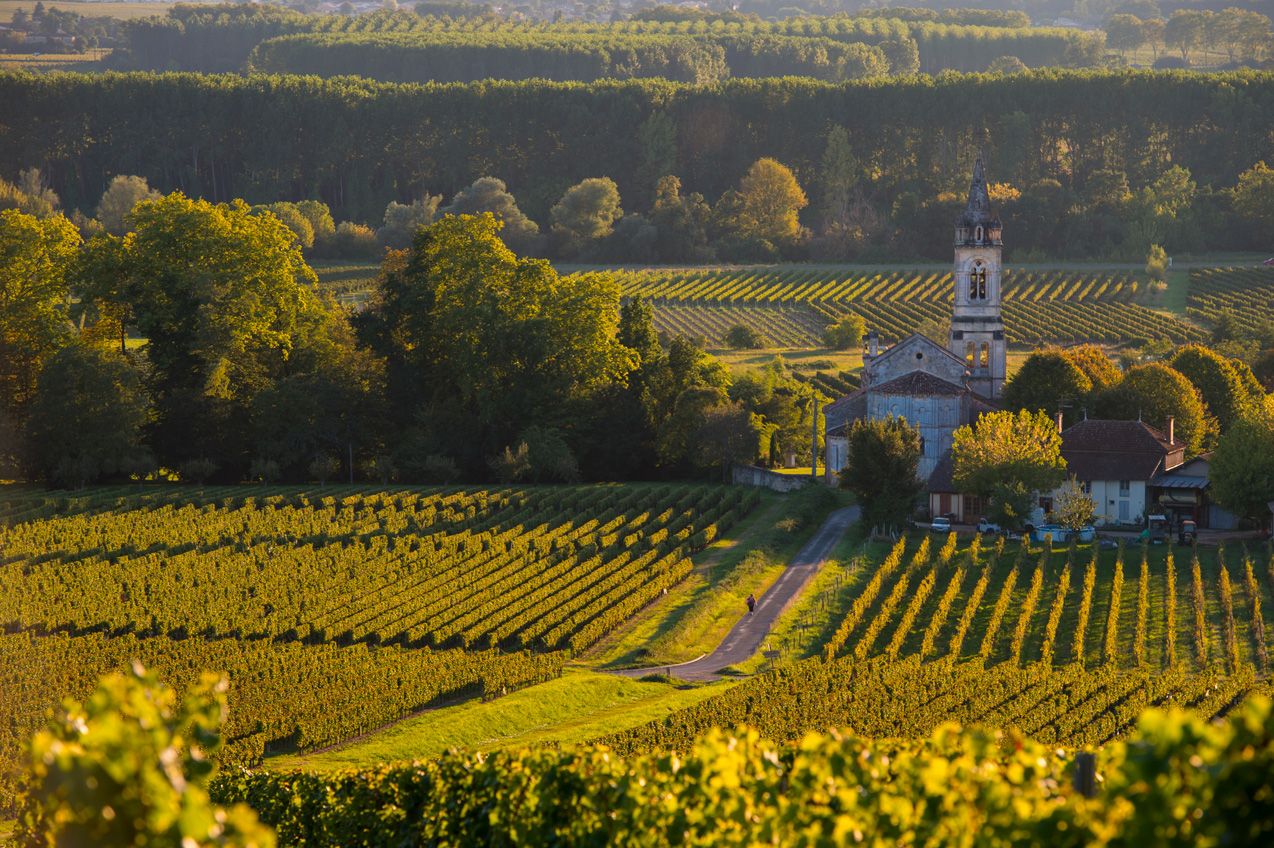 Sauternes and Barsac
Here, too, winter was wet but quite mild, leading to early budburst though the head start was lost due to a cold spring and start of April marked by frost. Flowering went well but June was particularly wet and caused shatter and disease pressure. Botrytis ultimately established itself well and harvesting went seamlessly, producing beautifully crafted noble-rot wines but in very, very small quantities! 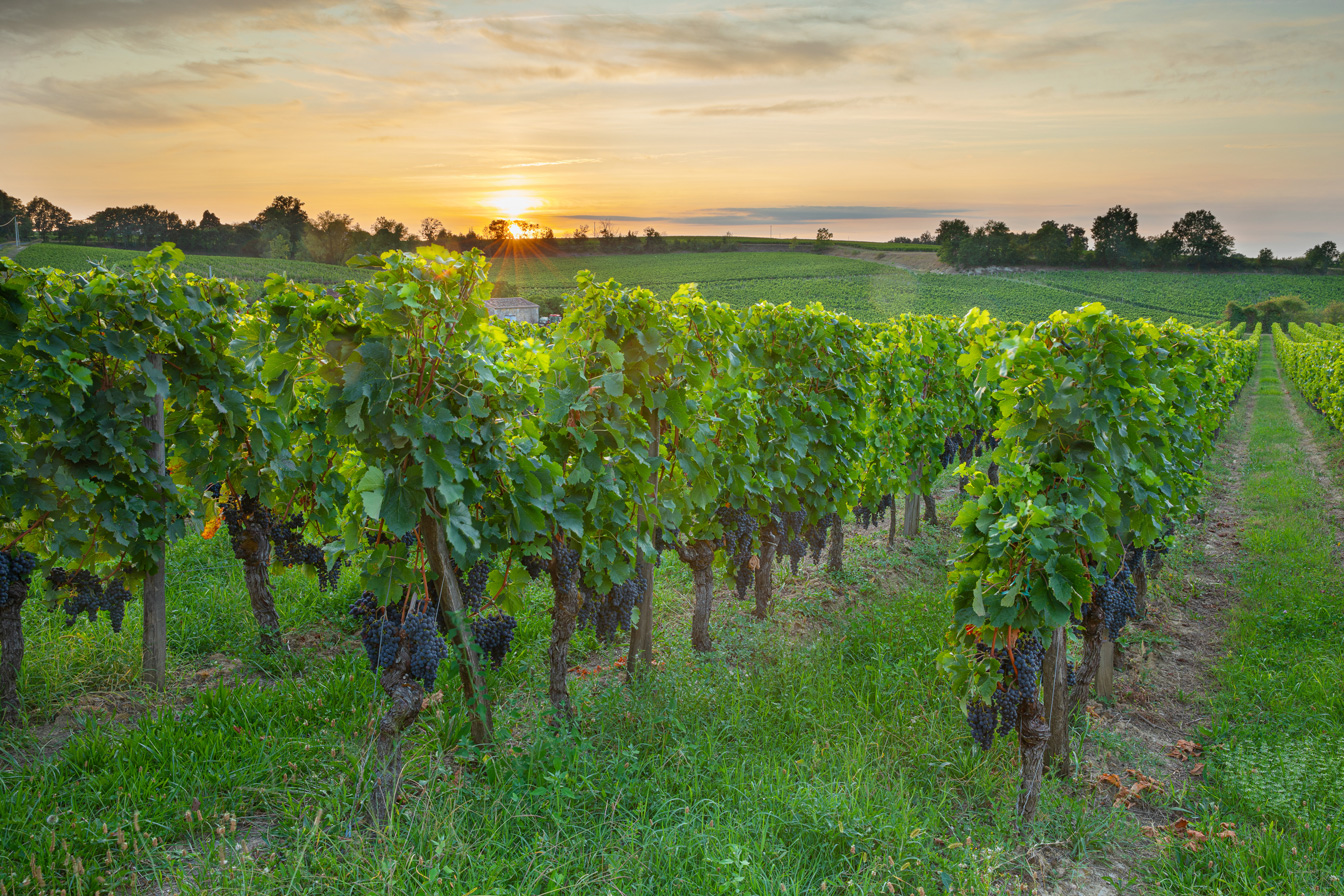 Saint-Emilion and Pomerol
These two neighbouring cousins are no exception to the rule – inconsistency left right and centre! Probably the most challenging vintage since 2013. But 2021 was saved by its unusually long growing season. It began with budburst at the beginning of April and finished with harvesting dates that were spread out until mid-October due to an over-abundance of sunshine. This confluence of events obviously benefited the Cabernets more than Libourne’s ubiquitous Merlot. Here’s a run-down of what to expect. 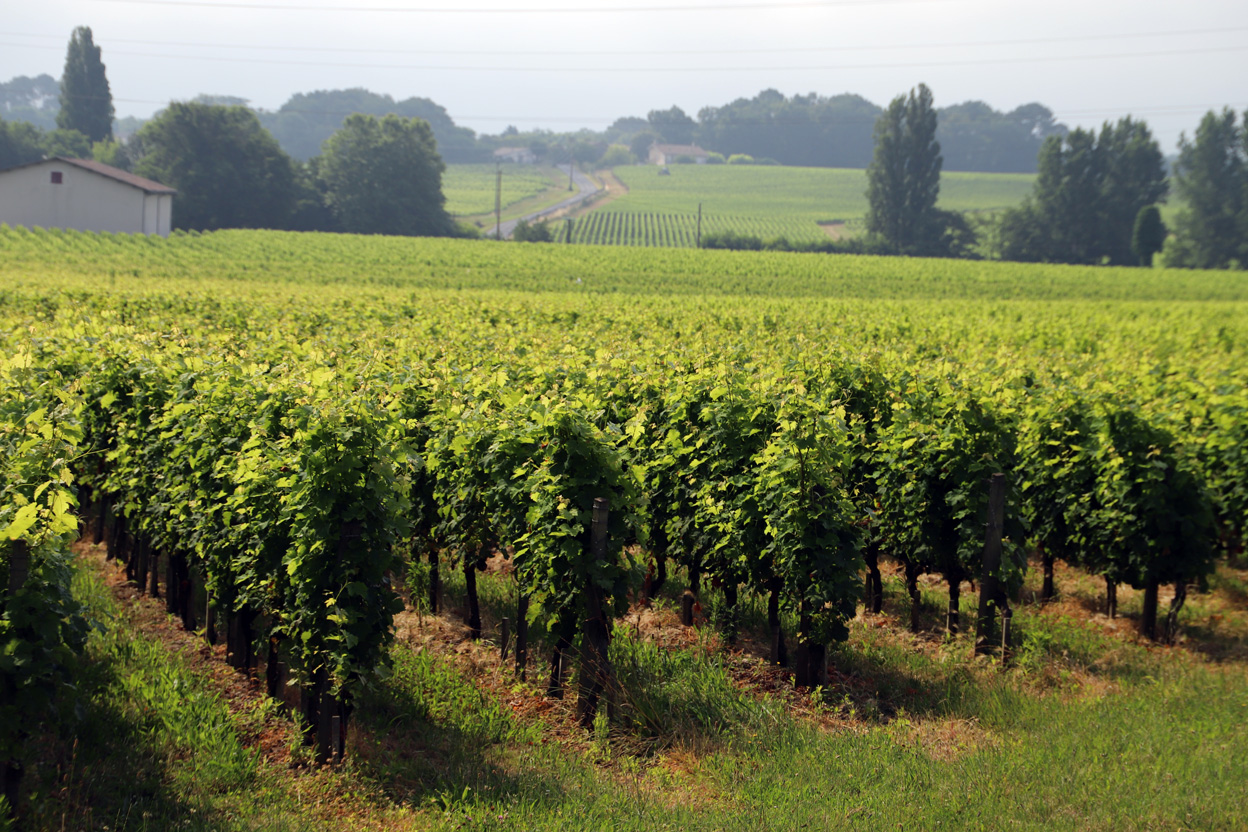 Graves and Pessac-Léognan
These appellations to the South of Bordeaux experienced a mild winter and early budburst with the now all-too familiar consequences at the beginning of April. The end of the growing season was less eventful, allowing healthy fruit to be harvested, paving the way for a low-volume but high-quality vintage. The whites are fresh and very aromatic. There is greater inconsistency among the reds but with good fruit and lots of crunchy flavours.